Donna’s Plant of the Month – Hydrangea

Find this article at:
go.ncsu.edu/readext?706910
— Written By Donna Teasley and last updated by Glenda Burgess

Nothing symbolizes the southern garden more than the hydrangea. These bold and beautiful plants announce that the growing season has arrived when they lift their graceful heads to show off their fluffy and fanciful flowers in early summer.

Hydrangeas have been around for centuries and many of the oldest favorites still adorn our gardens today. There have actually been hydrangea fossils found in the western U.S. that date back 40 to 65 million years. But most of the hydrangeas we grow today originated in Asia.

There are several types of hydrangeas but the most commonly grown type in Burke County is Hydrangea macrophylla, sometimes called French hydrangeas or mophead hydrangeas. The lacecap hydrangea is another favorite in the macrophylla family. These hydrangeas are usually blue or pink, depending on the pH of the soil. A pH below 6.5 will produce blue flowers and a pH above 6.5 will produce pink flowers. Traditionally, hydrangeas flower once in the growing season, but in recent years, dozens of new cultivars called repeat bloomers have been introduced.

Hydrangeas insist on morning sun with afternoon shade. They also prefer a deep well-drained soil with plenty of organic matter. While they like regular water they don’t care for wet feet. Too much fertilizer doesn’t set well with hydrangeas either. An application of a balanced fertilizer such as 10-10-10 in the spring and again around mid-summer is sufficient.

Pruning is confusing to many gardeners and when pruned at the wrong time, your hydrangeas will be bloomless. The time of flowering tells the gardener when to prune. Plants that flower before July should be pruned immediately after they flower. Those that flower later in the summer need to be pruned in the early spring. It all has to do with whether the flowers grow on last year’s wood or the current year’s wood. All Hydrangea macrophyllas and Hydrangea quercifolias (oakleaf hydrangeas) are pruned as soon as they finish flowering. PeeGee hydrangeas (Hydrangea paniculata), Hydrangea arborescens (smooth hydrangea) and climbing hydrangeas are pruned in late winter or early spring.

To add to the confusion, we now have the repeat bloomers. They flower throughout the summer and can be pruned at any time. Some of those cultivars are Endless Summer and Twist and Shout.

Many new hydrangeas are introduced each year and there’s a size for any space. Look at some of the new hydrangeas and you’ll see that they certainly aren’t Grandma’s snowball bushes anymore! 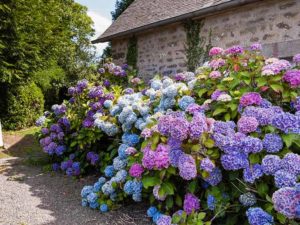 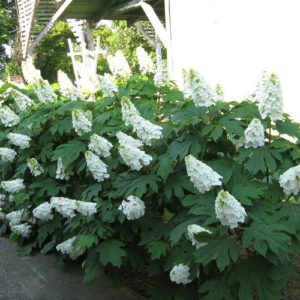 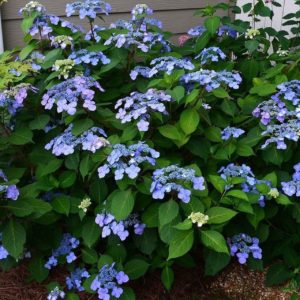 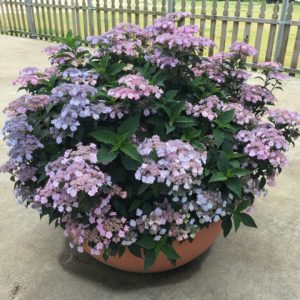