Find this article at:
go.ncsu.edu/readext?706576
— Written By Donna Teasley (3 months ago) and last updated by Glenda Burgess

There’s still time for a late crop of green beans. Find an empty spot and plant as soon as possible. 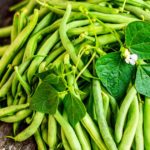 For continued flowering, cut annuals such as zinnias, dahlias, gladiolas and celosias for indoor flowers frequently. This will encourage flowers to continue growing and blooming. 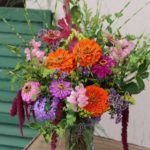 Going on vacation? Have someone harvest your garden while you’re away. Allowing crops to remain on the plant will reduce harvest. If crops aren’t picked regularly the plants think the season is over and quit producing. Ask them to water the tomatoes too. 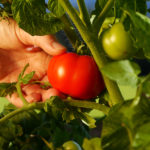 Watch for powdery mildew on crape myrtles and hydrangeas. Spray when first seen with garden fungicides such as Daconil, Captan or Immunox. Spray every 7-14 days to control the problem. 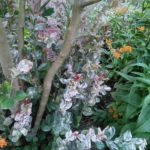 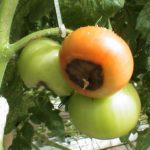 Continue to spray rose bushes for blackspot at 10-14 day intervals. Remove all fallen leaves from around the plants. Reapply after heavy rain. Captan works well. 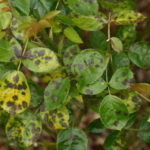 Hot, humid weather brings whiteflies to the garden, especially to tomato plants. These piercing-sucking insects will kill your tomato plants. When caught early they are much easier to control. Spray with pyrethrin insecticide. 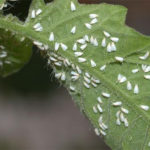 Prune fruiting canes of blackberry and raspberry to the ground after they have finished bearing. 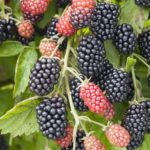 Alternate direction when mowing the lawn each week. Go north to south one week and east to west the next. This prevents soil compaction. 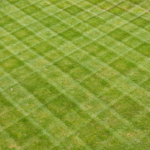 Take semi-hardwood cuttings of azaleas, hollies, rhododendrons and many other evergreens in July. 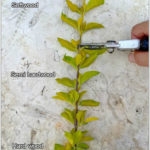 Start thinking about sowing fall lawns by sending in a soil test now. Turf grass can be planted starting in mid-August. Our office has soil test boxes and instructions. 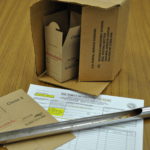 Divide and transplant iris and daylilies in July. This will give new plants time to become established before cold weather gets here. 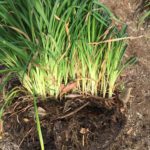 Start thinking about fall garden crops such as cabbage, broccoli, collards and other greens now. These crops need to be planted in early August for fall harvest. 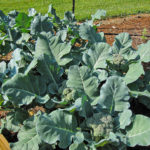 It is too late to prune evergreen shrubs. Evergreen ornamentals should be pruned by July 15 to allow new growth to harden off before the first freeze. Most deciduous plants can still be pruned into the late summer. 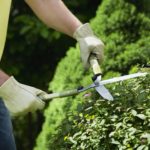 It’s time to treat lawns for next year’s grubs. Use products containing imidacloprid such as Bayer Advanced Season Long Grub Control. This products prevents eggs from hatching but must be applied before mid-August. 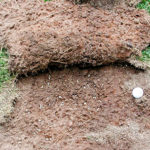 Continue to harvest crops frequently to keep the garden producing. When going on vacation, have someone come and pick the produce while you’re away. 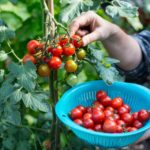 Yellow necked caterpillars are showing up in blueberry plantings now and even though they can be alarming in their numbers, they aren’t considered to be a serious pest. Applications of carbaryl or spinosad will take care of the problem.

Time is growing short to apply grub control. Products that prevent Japanese beetle grubs from hatching has to be applied before mid-August. Bayer Advanced Season-Long Grub Control or Scotts Grubex are preventive products. 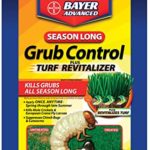 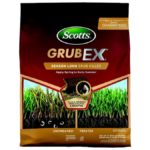 As blueberry harvest winds down, pruning to reduce the height and spread of your bushes can be done. But, never take more than a third of the plant when pruning. 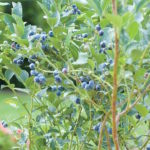 If fall turf grass planting is planned, it’s time to start killing off weeds now in order to be ready for sowing grass in mid-August and early September. Most herbicides have a waiting period before grass can be planted. 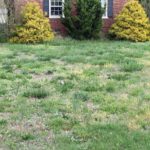 After getting fall transplants in the ground(late July-August) take extra care in watching for insects. There is more potential for insect damage in the late summer than there was in the early spring-cabbage worms in particular. 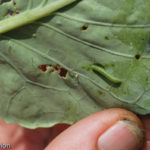