The Burke County Center is limiting access to the public, except by appointment. Agents are available via phone and email at this time.

— Written By Donna Teasley and last updated by Glenda Burgess

With the coming of fall, many of us will go on a search for that perfect pumpkin. It could be used for autumn decoration, a jack-o-lantern or even pumpkin pie. Whatever you may have planned for your pumpkin, most will agree that the hunt for just the right one is great fun.

Did you know that ninty-nine percent of the pumpkins grown in the U.S. are used for decoration rather than cooking? The pumpkin has been our country’s symbol of a bountiful harvest since colonial times and the idea of the jack-o-lantern was brought to our country by Irish and Scottish immigrants as a way to scare off evil spirits.

When selecting a pumpkin for a jack-o-lantern, look for good color and firm fruit. Be sure and check the bottom for soft spots or discoloration. Sit your pumpkin on a piece of cardboard rather than on cement or bare ground to prevent rot. Protect from freezing weather and also from hot and humid conditions. Make sure your pumpkin has a nice, long, green stem as this is an assurance of freshness. Washing the pumpkin in a mild chlorine solution will also help it to last longer.

If you are purchasing a pumpkin for pie making, the best selection is a pie pumpkin or sweet pumpkin. These are smaller than jack-o-lantern pumpkins and the flesh is sweeter and less watery. Look for a heavy fruit and remember that lopsided is not a bad thing when the end result is pie. Avoid stem less pumpkins or those that have soft spots. Figure on one pound of raw, untrimmed pumpkin for each cup of finished pumpkin puree.

Nothing enhances the fall season like great glowing piles of bright orange pumpkins. It just makes you want to go rake some leaves or build a fire in the fireplace or any one of the things that signal the end of one season and the start of another. 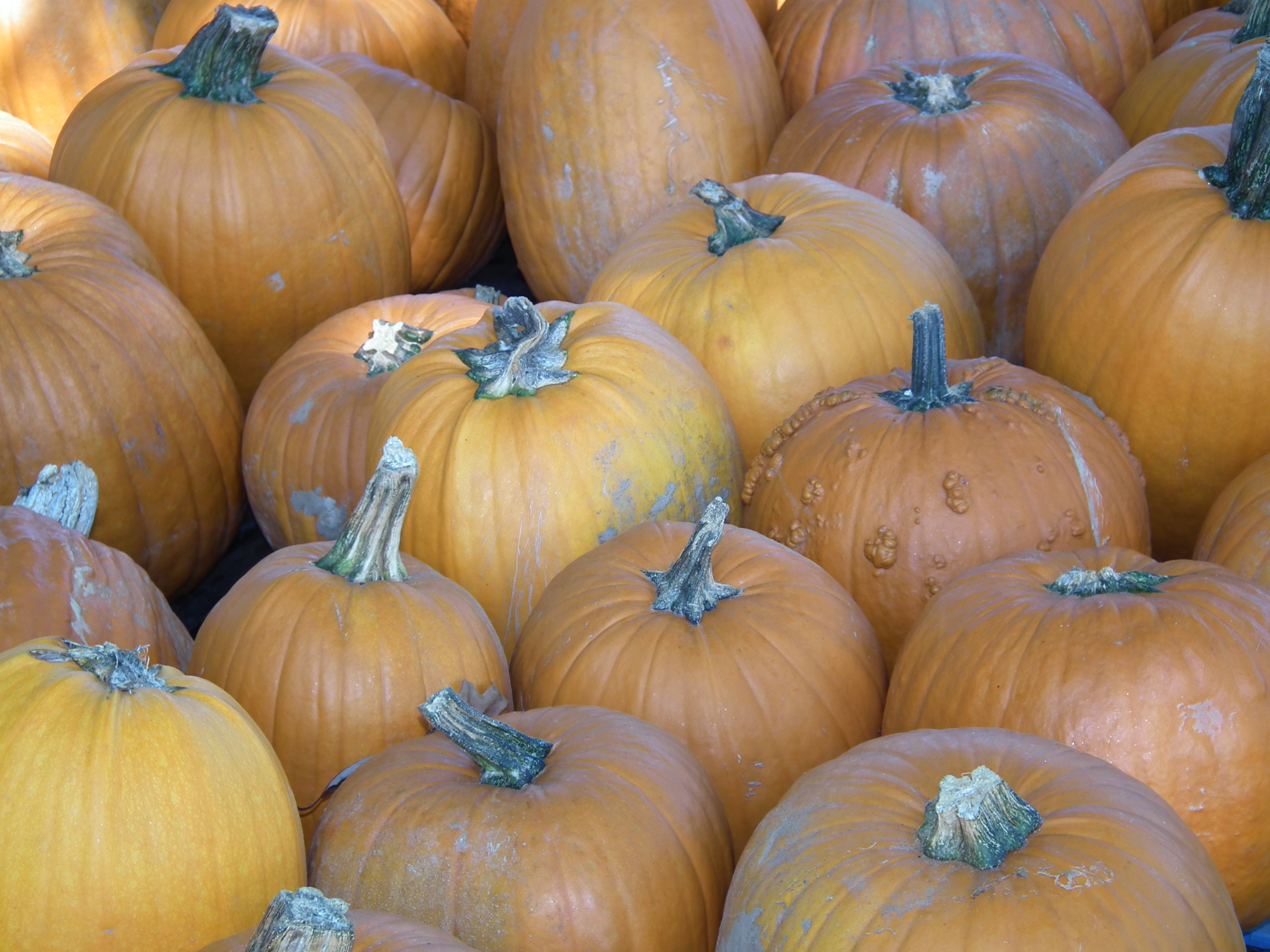